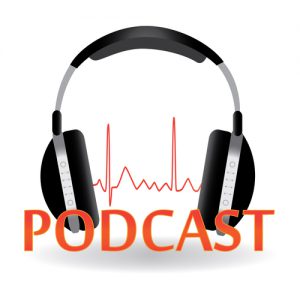 I was a laggard when it came to podcasting because I couldn’t get my head around the technology. Now I record over Skype, I can’t understand why I dithered for so long.

Since I started podcasting, I have started listening to them more often. What a great way to make a treadmill more bearable!

Here are a few podcasts I am enjoying:

What podcasts (apart from mine!) are you listening to? Email mary@onlinewritingtraining.com.au

vs. versus vs and italics for Latin phrases

Reader’s comment and question
‘I was reading your mail, and noticed you used the abbreviation “vs.” which got me thinking. I’ve always used either “versus” or more often “vs” (i.e. without the full stop). The reason behind this is that there are no missing letters after the “s”, so my own ‘house style’ dictates that there is no full stop. So I also tend to write “Dr” and “Mr” as well as “Prof.” – if you follow my reasoning. Likewise, i.e., e.g., i.v., etc., et al. and sic.

‘I wonder if this is a style issue that varies by nationality. I’ve noticed that Americans tend to use a full stop after Mr and Mrs as well as Prof, and Germans also seem fond of these full points. To my eye it looks a bit old fashioned. It also seems superfluous as everyone knows that Mr is short for Mister, for example, and whereas the full stop denoting missing letters seems to have some sort of logic, I can’t see the logic for a full point after Mr (or indeed vs).

‘One other aspect to note: I tend to italicise certain slightly less common Latin phrases including vs and et al. I’m not sure what my logic is for this though, other than I was told to do this a long time ago and it’s become a habit. Any thoughts on this matter would be very welcome.’

My response
I follow the same rule as you for abbreviations, i.e. I only use a full stop when an abbreviation consists of the first few letters (abbrev.), not first and last letters (Ltd). But the full stop is dropping out of commonly used abbreviations, such as ‘Prof’ and ‘Tues’.

In my defence, the Macquarie Dictionary abbreviates versus as ‘vs.’, which is probably why I used one. I won’t use a full stop for ‘vs’ in future!

Section 7.49 of the sixteenth edition of The Chicago Manual of Style states: ‘Italics are used for isolated words and phrases in a foreign language if they are likely to be unfamiliar to readers. If a foreign word becomes familiar through repeated use throughout a work, it need be italicized only on its first occurrence. If it appears only rarely, however, italics may be retained.’

To find out whether a phrase is common or not, Chicago suggests you check with Webster’s. If it is in the dictionary, there is no need for italics.

Comment and question (from US)
‘I have a question on this subject, and the answer may depend on what country you are from.

‘Words like team or police, or perhaps company or professional organisation names could be either singular or plural. For instance, when talking about a company like Mercedes, one would say, “Mercedes has come out with some interesting vehicles recently”. This makes sense because one could substitute the word “company” for Mercedes, and you would definitely say, “the company has…”

‘However, and this is especially true with British media broadcasters, when Mercedes refers to a team, such as the Formula 1 racing team, they quite often say, “Mercedes have made significant improvements to the car….”.

‘My question is: What is technically correct?  To confuse matters, journalists and broadcasters, like your countryman Leigh Diffey, who is the chief commentator for Formula 1 on NBC Sports Network in the US, seem to mix up verb forms on occasion, saying both “Mercedes has….” and “Mercedes have….”.’

My response
I can’t speak for British English, but in Australia and New Zealand, we treat collective nouns the same way as US writers. Here’s a US reference.

I find a lot of people mix singular and plural verbs in both writing and speaking!

I cover this topic (and more) in my Grammar Essentials online course.

My latest podcasts and blogs

Listen to Mary talk to Julie Garland McLellan about presenting to boards.

It’s harder than it sounds to write a one-liner – this article looks at how to do it.

Commas, hyphens, semicolons and more I have added more videos to my YouTube channel.   4

tools that will make your sloppy emails seem smart

Apps and extensions to help you write better emails.

Have the rumours of the full stop’s death been exaggerated? Not everyone agrees that the full stop is dying. What do you think?

‘If I waited till I felt like writing, I’d never write at all.’ Anne Tyler, US author