The Grammar Factor – what grammar rules do you break?

What grammar rules do you think it is OK to break?

In an article in The Guardian, linguist Steven Pinker looks at 10 ‘grammar rules’ it’s OK to break (sometimes). 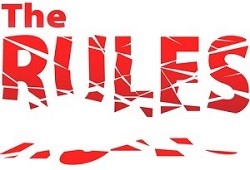 Before I read the article, I thought about what rules I see ignored these days. Three that came to mind are:

Fewer and less – I was taught to use ‘fewer’ for count nouns and ‘less’ for mass nouns (e.g. I drank fewer glasses of water than you. I drank less water.) I think ‘less’ is starting to replace ‘fewer’ in most usages. We queue in a supermarket for ‘10 or less items’, not ‘10 or fewer items’. Do you still distinguish between ‘fewer’ and ‘less’?

Starting a sentence with ‘And’, ‘But’ or ‘Because’. I frequently start sentences with ‘And’ or ‘But’, so fail to see why people still cling to the belief that this is wrong. Steven Pinker says: ‘Whatever the pedagogical rights of feeding children misinformation, it is not appropriate for adults. There is nothing wrong with beginning a sentence with a conjunction.’

Punctuation with ‘however’. When you use ‘however’ to join two clauses the traditional punctuation is a semicolon before ‘however’ and a comma afterwards (The ceremony will be in the backyard; however, if it rains we’ll move to another venue.) I seldom see people using this punctuation and wonder if this rule is vanishing.

What ‘rules’ do you see broken and do you think it is OK to break them?

Question: Can you please explain the differences between hyphens, en rules and em rules.

Answer: I cover hyphens and en and em rules in my punctuation guide. In brief, hyphens join words that are used as a single concept (long-term plan) or as a new term (skim-read).

A lot of people don’t distinguish between en ( – ) and em rules ( — ), which are both dashes. I now use the Microsoft default for a dash (known as the textual dash), which is the same length as the en rule. The en rule is slightly longer than a hyphen, but half the length of an em rule, and I still use it to link figures, time or distance (6–12 people) or to show an association between two separate words or ideas of equal weight (New York–London flight).

Of course I would prefer you to buy my self-paced courses; however, however, some free courses are:

Readers’ feedback
Some words you dislike are ‘whilst’, ‘smegma’, ‘gotten’ and ‘locate’ and its derivatives (e.g. ‘location’). One reader admitted to a sneaky affection for ‘moist’ because of a nursery rhyme, which begins, ‘As I walked out one misty moisty morning…’.

Another reader told me that the word ‘munted’ is Scottish and has been used to mean ‘stuffed’ for at least 30 years.

Why it’s so hard to catch your own typos
I have finished rewriting Write to Govern, and I was inputting all my editor’s corrections when I came across this article. It is reassuring to realise that I am not alone in making heaps of typos. One of my common mistakes is missing out words and not even noticing.

Growing up digital, wired for distraction
Read this New York Times article about the impacts of the digital world on education and reading.

Blogger fired from language school over ‘homophonia’
A teacher was fired for blogging about homophones (words that sound the same but have different meanings and often different spellings, e.g. ‘be’ and ‘bee’, ‘witch’ and ‘which’).

No longer marvellous
This article looks at how Britons are using more American words and traditional English is in decline. For example, ‘awesome’ is replacing ‘marvellous’ and words such as ‘fortnight’, ‘pussy cat’ and ‘cheerio’ appear to be disappearing!

‘If it sounds like writing, I rewrite it. Or, if proper usage gets in the way, it may have to go. I can’t allow what we learned in English composition to disrupt the sound and rhythm of the narrative.’
Elmore Leonard, US author