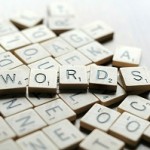 As new words creep into the language or old words are used differently, we react to them in different ways.

Many new usages just make good sense and we use them without a second thought – ‘google’ as a verb and ‘invite’ as a noun.

Some pass us by completely – I had not heard of ‘earworm’ until recently (a tune that keeps repeating itself over and over again in our heads).

Some new words stick and others fade. I don’t think the American Dialect Society’s 2005 word of the year, ‘truthiness’, is still widely used.

If changes stick, we usually adapt and get over our pet dislikes. Do you have negative feelings about these words: colonise, contemplate or balcony? In 1760, Benjamin Franklin stated in a letter that the word ‘colonise’ was bad, and in 1855, English poet Samuel Rogers said ‘as if contemplate were not bad enough, balcony makes me sick’.

In the process of change, some words have conflicting meanings that can cause confusion. I avoid using ‘peruse’ because it now means both read thoroughly and skim-read, and ‘bi-monthly’ because it means twice a month or every two month.

Question: What sort of punctuation marks do we use for book titles?

Pride and Prejudice by Jane Austen
‘What price your pet?’ The Sydney Morning Herald

Question: I would be interested in your opinion about the use of ‘farthest’ and ‘furthest’.

Answer: In Australian and New Zealand English, ‘farther’ is not very common. We use ‘further’ as an adjective or adverb to mean both at a greater distance, and in addition, moreover. It can also be used as a verb meaning to advance (something).

‘Farther’ is used more in the US and UK, where some writers split the meanings, saying ‘farther’ relates to distance and ‘further’ to moreover.

The same distinctions apply to ‘farthest’ and ‘furthest’.

Words that have changed meaning
This TED article by English professor Anne Curzan looks at 20 words that once meant something different – ‘nice’ used to mean silly and ‘decimate’ meant to kill every 10th person.

WORD OF THE MONTH

QUOTE OF THE MONTH