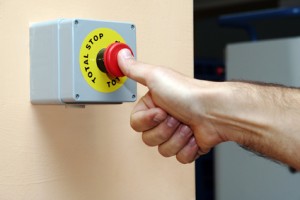 Question: Should you use one or two spaces after end punctuation?

‘In typewritten (as distinct from typeset) material, it was customary to place two spaces after a colon, semicolon, full stop or other sentence-closing punctuation. Programs for word-processing and desktop publishing offer more sophisticated, variable spacing, so this practice of double spacing is now avoided because it can create distracting gaps on the page.’

My comment: It was customary 20 years ago – a long time ago!

The Chicago Manual of Style says: ‘Word spacing – one space or two? Like most publishers, Chicago advises leaving a single character space, not two spaces between sentences and after colons used within a sentence…’

Changing your style
It’s hard to break habits, so if you tend to use double spaces, the easiest way to change the spacing in your document is do a search at the end for (.  ) and replace with (. ).

Style questions: Please email me your questions about writing styles.

Question from a teacher: There is some controversy regarding the capitalisation of nouns relating to subjects. Specifically, do we capitalise subject area names such as mathematics, addition, subtraction, multiplication, division, reading and literacy? I read somewhere that languages should be capitalised (English).

Answer: The modern trend is for minimal capitalisation, so subject names do not need capitals (e.g. mathematics), but the names of languages still do (e.g. English).

Comment: Capitals and dog breeds
A reader pointed out that I had an error on my online grammar website.

Correcting the website gave me an opportunity to do a bit more research and I wonder if in general usage we are starting to drop these and other similar initial capitals.

Would you capitalise swiss chard, brussels sprouts or french beans? And what about Alsatian versus alsatian?

Reader’s comment
A reader was amused by a label on a plant she bought that said:

‘Being bisexual, you will only need to plant one vine to produce fruit.’

Online writing tools to save you time
This article maintains you can save time with some online tools. I had never heard of any of them. What do you think?

Beware the truthiness of charts
This article says that ‘the presence of even trivial graphs significantly enhances the persuasiveness of the presented claims’.

Do you put a full stop at the end of text messages?
Read why you shouldn’t!

‘Inspiration is for amateurs; the rest of us just get up and go to work.’
Chuck Close, American artist.