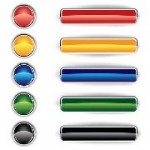 There are several different punctuation styles for lists. As always, it’s important to be consistent and use the same style throughout your document.

Bullet points, often called dot points, are more commonly used than numbers in lists, but numbers are useful if the order matters or if you want to refer to specific points within the list.

Most lists are introduced with a colon ( : ), not a semicolon (a common mistake). Occasionally, a list will be introduced by a sentence ending in a full stop rather than a colon.

With lists that are made up of full sentences, use normal sentence punctuation, as in the following list.

Lists with points relating to a stem statement

Semicolons were traditionally used in lists to separate each bullet point, but although this is still correct, they are not used as often today. Legal writing is probably the main exception.

If you do use semicolons, the accepted practice, as in this list, is to:

A common style is to use lower case for the first letter in each bullet point, and a full stop after the last bullet point.

Many organisations have succumbed to the Microsoft default and now recommend starting all lists with initial capitals. Whether or not you use a final full stop is also a style choice. As always, consistency is important.

I used to differentiate between short and longer lists, but readers failed to see this distinction, so I recommend using the same style for both short and long lists.

A knowledge of first aid is useful for:

A knowledge of first aid is useful for:

When signing up new clients, you must:

When you’re using a run-on list and want to add extra information to a bullet point, you need to think about your punctuation. While it is acceptable to have an additional sentence with no full stop, it looks odd.

If you are going on holiday you need to:

Consider using a dash before the additional information, or putting it in brackets.

Want to learn more about punctuation? Why not do Mary Morel’s online writing course: An A to Z of Punctuation?